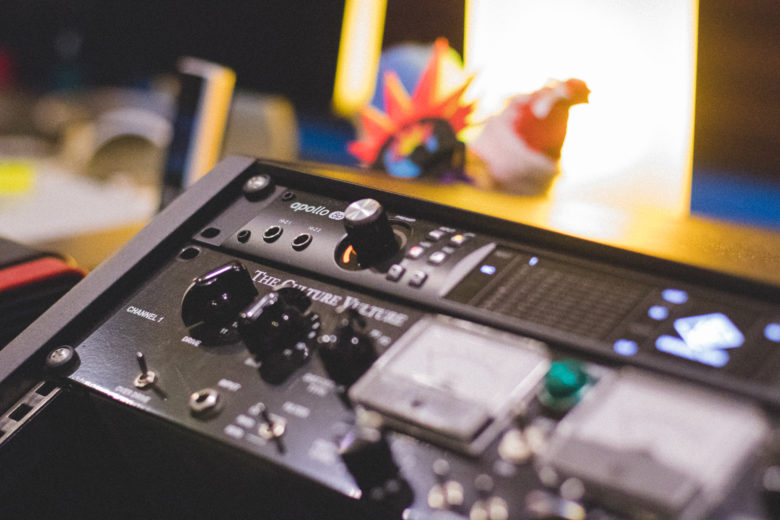 Planning and building a home studio is quite a big task, no? It must take months of research and preparation, right…? Majority of novice artists/musicians seem to think so, often they see it as a gargantuan task. However, initially getting started is a lot simpler than most might imagine. After all, there are only a handful of basic necessities required to start building a robust home studio.

Fear not, Silent Media is here to lead the way! We are here to provide a step-by-step buying guide to create your first recording studio set up from scratch.

The Beauty of Simplicity

There are an infinite number of entry-level studio equipment: it is an easy thing to get over encumbered by the choice of selection. Three words… Simplicity. Is. Key.

To clarify, just like with any other hobby or passion by attempting too much, too soon you run the risk: of becoming overwhelmed; of becoming discouraged by the gap in experience and skill level; or eventually throwing in the towel and calling it quits.

So as to avoid such a dire fate, it is imperative that the studio set-up is kept simple and effective.

Home recording can be expensive. And thus, musicians will look for the cheapest alternative to record their music. While this can be seen as an intuitive decision for most musicians, it certainly does not make it a plausible one: there is such a thing as too cheap.

While it is possible to produce a working studio with a budget as small as €/£ 300 – 400, there are several limits to what one could accomplish in such an under equipped home studio. Hence, this is not recommended for anyone serious about recording music.

Here is an overview of the list of essentials:

And voila! A simple, effective working studio, suitable for anyone just starting out with home recording.

When building a home studio from scratch, a desktop/laptop work station is by far the largest expenditure. However, being resident in the digital age, practically everyone has access to a desktop/laptop and majority of computers are fast enough to get most musicians started.

And so we recommend that, regardless of budget, you do not buy a new computer but instead make do with what you have in the meantime.

That being said, if/when the time comes to upgrade your hardware this article offers a robust buying guide and informed opinion about each product listed.

If you are not a fan of abundant options, there is a classic computer that is versatile enough to suit most people: the MacBook Pro (13”/15”).

The DAW, also known as a Digital Audio Workstation, is the software that allows one to record, edit, mix as well as master. Additionally, the audio interface is the hardware that connects your computer with the rest of your equipment.

Typically, the DAW/audio interface are purchased separately, but there are a few manufacturers who sell the software-hardware equipment as a combination. For the first home studio set-up a combination is highly recommended, for a number of reasons:

There are two main companies that provide these combinations – Avid and Presonus – these companies are the best in their relative fields.

While it may be true both companies are good, to those willing to spend that much more on a combo, we suggest Pro Tools by Avid: it may be the more expensive option, however it is a lot more robust and intelligent in comparison to the Studio One Artist by Presonus.

Initially only one (or two) microphones is needed to become established. How you choose a microphone is mostly dependent on what instruments you plan to record. Let’s jump right in:

While several home studios now do majority of their mixing via open back headphones, traditionally, engineering is something that has always been achieved through monitors.

Studio monitors differ from the more widely used consumer speakers: commercial speakers are designed with in-built tonal enhancements. Whereas monitors have a flat frequency response, this offers a neutral sound which can be mixed and judged objectively.

Although monitors can eventually become quite expensive, there are plenty of affordable monitors with quality sound to be found.

We recommend the KRK Rokit 5 G as a good place to start.

For most musicians starting out by themselves, you spend most of your time recording alone. Which is why, at first, all you need is one pair of headphones.

Although they promise better sound quality, for a beginner open back headphones are a luxury. As such, we recommend a pair of closed back headphones to accompany your new home studio: a great pair to get started with are the Sony MDR 7506.

Over time you will acquire several different cables. For now, however, you will only need three:

The length of your cables will be determined by the size of the space you work with, but for a small room, we recommend:

Many beginner musicians assume that all mic stands are mostly the same, the truth is a robust mic stand is one the most essential investments into a new home studio.

Microphone stands can be quite expensive, a very reliable stand to start out with is the DR Pro Boom.

But for more insight into microphone stands, and their several variations, check out this article.

For most, a pop filter is nothing but an accessory. Yet, these mysterious mesh screens serve a higher purpose: they act to filter-out any undesirable artefacts in a sound recording, such as “popping” – a low frequency burst of air caused by the pronunciation of ‘p’ and ‘b’ sounds.

That being said, pop filters are not compulsory. But we strongly advise you invest in a filter, as it can make the difference between an amateur recording and a professional dub.

To begin with, we suggest the Stedman Proscreen XL.

We hope this article inspires you to build your own home studio and we wish you limitless creativity! Happy jingling!

« Limerick and Rhyme, Of Timeless Design – My Little Pony
Music: A Tool to Fight Hardship »