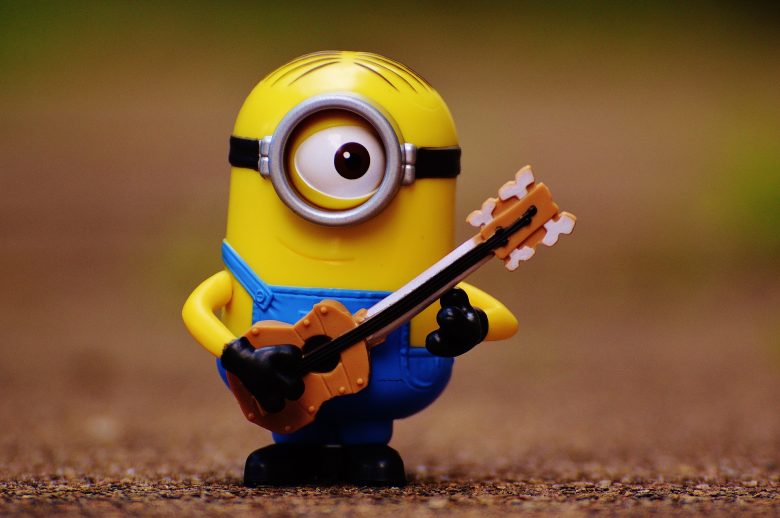 There are millions of videos on Youtube with people playing songs with toy instruments, the proof is in the pudding. There is even a music festival with toys in Paris.

Speaking of Paris … Has anyone seen the movie Amelie? Well, the person responsible for his more than well-known soundtrack is one of those subjects that prefer toys when it comes to composing. Yann Tiersen is considered an experimental musician for his way of deconstructing music to always obtain the most beautiful result. In this video we can see him playing his song “La Valse des Monstres” with two toy pianos. It makes use of this type of instrument an art that, far from losing value, enhances it.

On their latest album “Infinity” the toys are protagonists. << The idea was to start recording music made with toy instruments, the same ones I used on my first records, and then manipulate the sound electronically. Then, take that base and repeat the same process. And so on. It’s an infinite cycle, hence the title >>, says the musician.

But he is not the only musician who flirts with toys and electronics. In fact, the parents of electronics already did in their day. The German group Kraftwerk, whose synthesizer sounds have been alive since the 1970s – a few months ago they performed at Bilbao’s Guggenheim – used a new sound on their eighth album “Computer World”. In 1978 the MATEL brand launched a limited edition of a toy piano called “Bee Gees Rhythm Machine” in homage to the popular trio. In this video you can see the Kraftwerk using the piano by Matel in his theme “Pocket Calculator”.

We wanted to mention of the Jimmy Fallow show, because if anything is a trend today, he will take it to his show. And what a coincidence! In the last year he has made several sketches with well known singers like Adele, Sia or Meghan Trainor accompanied by the band The Roots, that instead of playing instruments they play toys.

However, one of the best initiatives was the NGO Save the Children with its “Toy Sessions” campaign. They created a Youtube channel where Spanish and international singers and groups lent themselves to sing a theme accompanied by toy instruments with the objective of raising funds against child mortality. Alejandro Sanz, Francisca Valenzuela, Elbow or Annie B Sweet, among many others, collaborated with the campaign. Our favorite, that performance of Vetusta Morla.