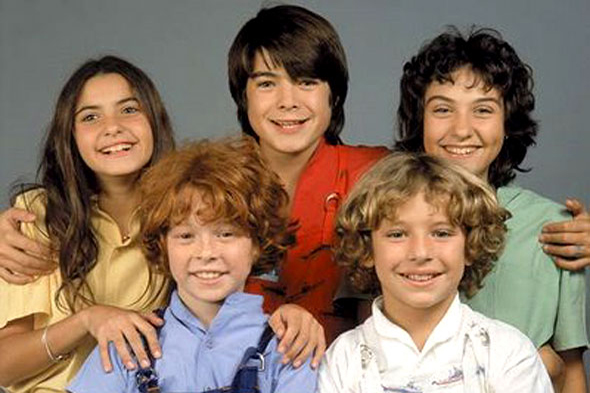 Have trends changed that much from the 80’s to today?

What were your favorite band for kids?

In Silent Media we make music for children advertising (among many other things) and we try to be aware of the musical trends in general and those of our target in particular. They rule.

We wanted to write a post talking about the musical influences of pre-teenagers today. A review of the music and “values” of Sweet California, Taylor Swift, One Direction, Justin Bieber, and also our Spanish version of him, Abraham Mateo. But we allowed ourselves to be carried away by the nostalgia.

The result is an analysis of the evolution of musical formats for children and adolescents. We dedicate today’s post to the 80s and 90s, but we will continue talking about the subsequent decades in the following post.

In the early 80s the “Parchís” formula prevailed over others. It was a band of five children between 8 and 12 years old who sang and danced dressed in the colors of the board game. Their records contained fun songs and they became a mass phenomenon in Spain and Latin America. They edited six records from 1979 to 1985.

Even today, almost 30 years later, your friends congratulate you on your birthday with the Parchís song (although if they are a little more indies they choose the one of Los Planetas).

The five children made 7 movies no less, awsome. And it is this facet that surprises us of the model of the 80: Bands that instead of concerts make films.

Following its wake and from Mexico came La Onda Vaselina the band that we consider an exception in this temporary segment for 2 reasons, the first one is because they still exist as a group (with a completely renewed formation) and the second one is because they never got to make movies.

His appearance in this section is due to the fact of there was no TV show that did not invite those 10 children! Ten! In addition, there is a second link with the big screen: The band sang versions from 50’s and 60’s movies and was inspired by the aesthetic of the film “Grease”, hence its name, because the title of this film was translated in South America as “Vaselina”

And the last to arrive were Bom Bom Chip that made millions of Spanish children to eat fruit. Phrases like “A tangerine is a fine thing” are not easily forgotten. Like the Parchís band they were five components, two children and three girls, the smallest of six years old.

They also made a film – El Niño Invisible – that besides entertaining spoke of geology and history. After that objective  the group would disappear in 1995.

That desire to turn children’s singers into movie stars must be inherited from Joselito, Rocío Dúrcal or Marisol. Because life can be a “Tómbola”, but a good marketing product always works.

« The Jingle: The essential one of advertising.
Do not play music, play toys. »