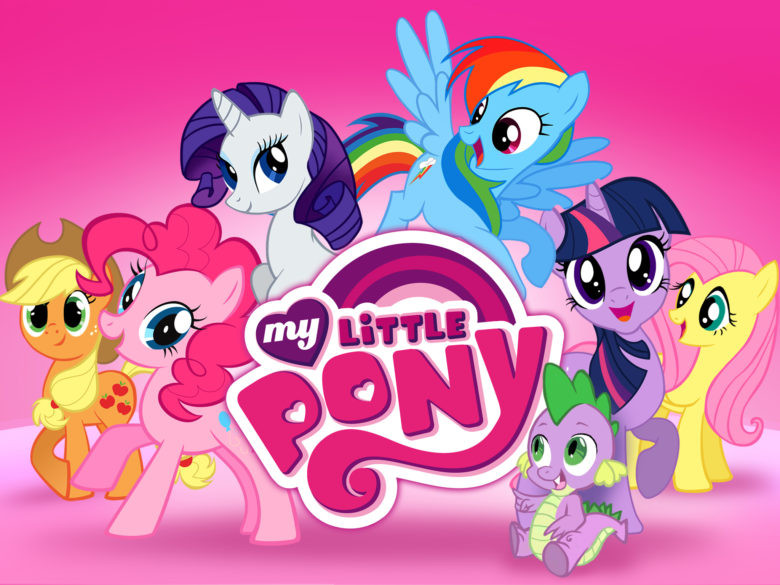 Limerick and Rhyme, Of Timeless Design – My Little Pony

Hola, fellow jinglers! Here at Silent Media we like to remember the legends, of thematic song crafting, that graced the art before our time.

In our latest series we will be highlighting and critiquing the jingles that accompanied the most influential toys and cartoon characters of all time! Taking a brief look at history and analysing the composers behind the genius we’ll gain insight of what went into cooking these jingles.

Let us start off the series with, potentially, the most memorable theme song of all time: My Little Pony.

Bonnie Zacherle had pitched a horse toy to Hasbro for years before, finally, commission arrived for an equine model. Birthed through the genius of the former greetings card designer, My Little Pony (‘My Pretty Pony’ at the time) debuted in 1981 when higher-ups at Hasbro asked for a toy pony. With the success of the ‘My Pretty Pony’ line Hasbro filed a patent for ‘My Little Pony’ in August 1981: it was granted two years later, summer of ’83.

Initially 10-inches tall with moveable mechanical parts, realistic body and design, Zacherle intended for the toys to resemble real animals. However, feedback from a Marketing Executive’s wife and the Marketing Director at the time produced the miniature, supple, vibrant Ponies we see today!

The line of ponies has been through several makeovers since the first dispatch in the 80s – collectors often refer to these unique eras as “Generations”. Generation 1 – commonly known as G1 – ran from 1983 to 1992. Hasbro originally started with only six separate characters, but throughout G1 they were constantly bolstering the roster: soon, there were glow ‘n’ show ponies (which glowed in the dark), scented ponies, flutter ponies, sparkle ponies, Pegasus ponies, sea ponies and an abundance of more lovable merchandise. The My Little Pony franchise has stolen the hearts of children and adults alike!

Kenner, which was acquired by Hasbro in ’91, produced the G2 ponies – manufactured from 1997 to 2000. G2 ponies featured skinnier builds than their predecessors: this generation is not popular with collectors. The G3 ponies, which ran from ’03 – ’09, closely resembled the G1 ponies. Current generation, G4, was released in 2010 and features characters from the animated series ‘My Little Pony: Friendship is Magic’. Since ’83 Hasbro has released over 600 ponies in the United States.

The History of MLP

My Little Pony (MLP) first graced TV screens in ’83 when the first commercial aired with the new range of adorable ponies. Throughout the MLP lifespan there have been many iterations of the original theme song, with the majority of themes still using the lyrics and melody from the original 10-note theme: composed by Anna Bryant, Ford Kinder and Spencer Michlin; and written by Barry Harman.

There is much speculation surrounding the origins of the MLP theme song, such as ‘Where did the composers draw inspiration from?’, ‘Did they plagiarise their work?’, amongst many other ambiguities.

Throughout the reign of MLP, collectors have produced many conspiracies regarding the inspiration behind the primary 10-note theme song. Over time such speculations have been narrowed to a few remaining candidates. One such nominated candidate is Jean Jacques Perrey’s 1968 “Mary France”. Perrey – one half of the eclectic French duo ‘Perrey and Kingsley’ – was a producer and early pioneer in the French electronic music genre. Whilst the melody is reminiscent of a Renaissance festival, the influence can be heard from ‘Mary France’: after a few deep listens and it becomes apparent the bass line, for the MLP theme song, was influenced by Perrey’s ’68 single.

Another strong candidate is ‘Peace Pipe’ recorded in ’61 by The Shadows, a British instrumental Surf Rock group – who, interestingly, had worked closely with Cliff Richard for over a decade. The mellow guitar riff gently floats, as the accompanying guitars deliver fresh chords to complete a very calming production, wrapped in a soothing ambience. Upon initial listen, it is immediately evident that the first 5 notes of the main guitar melody are in fact the first 5 notes in the original 10-note melody!

Perhaps we could take this as a lesson, as they say: ‘No idea is new, only reinvented’. What are your thoughts on the inspiration behind MLP? Let us know in the comments below!